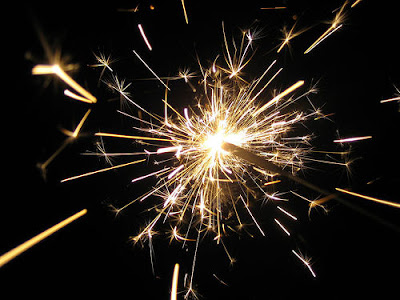 America and I have a lot in common.

We're both 30-something, independent chicks celebrating a life bursting with freedom and ambition.

Granted, she's got 200 years on me, but I imagine that America and I are quite similar, being that I'm a Bicentennial Baby and nearing my own 33rd birthday.

We both get into disagreements from time to time, but maneuver through such sticky situations with utmost diplomacy. Push us to the edge, though, and we'll drop the hammer.

America and I are driven and seeking success in a variety of ventures. This focus can sometimes make life lonely. Like me, America doesn't really have a worthy partner-in-crime.

Sure, Great Britain tries, but for all his class and English refinement, he's a bit on the shrimpy side and sometimes insists America would be nothing without him.

And we all know that's balls.

Some news out just yesterday gives pause to happenin' chicks like America and me. A new study shows people who have a partner or spouse during their middle ages are more resistant to developing dementia or Alzheimer's disease. Apparently people scored better when they were married at midlife (around 50, according to this study) than if they were solo.

The way America and I are going... we could be in for a future of lost memories and cognitive decline.

But today, that worry takes a back seat to celebration.

America and I will celebrate our Independence Day with parades, cookouts and sparklers. I intend on soaking up my corner of America on the seat of a scooter, cruising around the Queen City (another great, independent lady) and scouting out some of my favorite neighborhoods.

Life, liberty and the pursuit of happiness.

I dig it.
*** *** *** *** *** ***
You can celebrate the 4th of July with some of the coolest people around at this year's parade in Northside, a funky-hip neighborhood just north of Downtown Cincinnati. The eclectic crowd will sail down Hamilton Avenue beginning at noon.

Hope to see you there!

Kate's Random Musings by Kate the Great is licensed under a Creative Commons Attribution-Noncommercial-No Derivative Works 3.0 United States License.
at 8:07:00 AM

A new study shows people who have a partner or spouse during their middle ages are more resistant to developing dementia or Alzheimer's disease.

Well... technically, it did not show that. This study, like many others, supports the "use it or lose it" notion that an active mind is what decreases (or delays) age-related cognitive impairment.

This is the scientific way of saying "don't marry a dumb ass couch potato."