Stardust will blanket the Queen City. 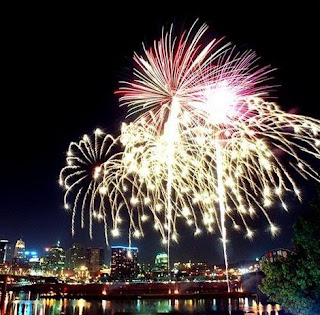 Twinkling sprays of light. Spiraling, glowing rockets. Lumination raining down upon the river.

The Rozzis will ignite downtown Cincinnati like a powder keg, with swarms of sweaty people standing body to body on both sides of the Ohio. Children, wide-eyed with amazement, and grown-ups silent with a moment of reflection and awe - a Cincinnati Labor Day holiday is celebrated like no other.

But do you really know the history of Labor Day?

The holiday dates back to the 1880s, when the United States mimicked a similar day observed in Canada. Our friends to the North started their own Labor Day after series of disputes between organized labor and their employers. The demonstrations quelled, and Canada legalized and protected union activity.

I've never been a member of a union. I've worked side-by-side with colleagues who were; at my last newsroom, the photographers were members of one union, and the anchors and reporters another. It was my first time working in a unionized shop.

Prior to that, I worked in a lawsuit-waiting-to-happen newsroom (actually, I think three of them broke out while I was there). We had mismanaging managers, sexually harrassing reporters, power hungry producers and reporters and lazy photographers.

Each day, we dealt with a million variables that made get any work done very difficult.

On occasion, one even keeled photographer would threaten to jump on top of a desk and wave a hand scrawled Union Now sign, a la Norma Rae (time code 1:58 for the pivotal moment).

Where the hell am I going with all of this? I have no ungodly idea.

Back to Labor Day.

These days, the holiday is widely regarded as the end of summer. Fireworks. Cookouts. Cold beer. Union or not, the weekend brings on something we can all appreciate-

A break from whatever labor keeps you busy during the work week.

Kate's Random Musings by Kate the Great is licensed under a Creative Commons Attribution-Noncommercial-No Derivative Works 3.0 United States License.
at 8:53:00 AM

Cincy has one of the best fireworks shows in the nation

Even keeld? Bless your heart.....time has been kind to your memory of working with me... :)