The Middle East is a study in contradictions.

Many women are covered to the hilt in black, their faces and forms obscured from anyone who falls outside of the family unit.

Modesty is a way of life in this culture, so it is a bit jarring when you get a chance to see an Arabian belly dancer.

A few months ago I mentioned our exciting desert safari through the dunes outside of Dubai. After our trek in the armored truck, we made our way to an Arab oasis for a rustic Middle Eastern barbecue.

Our hosts invited us to the compound for savory grilled kababs, camel rides, and other entertainment typical of the arid locale.

The camel ride was fun, but the dismount left a bit to be desired. 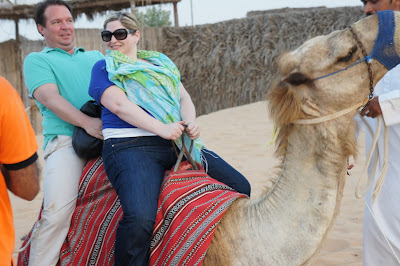 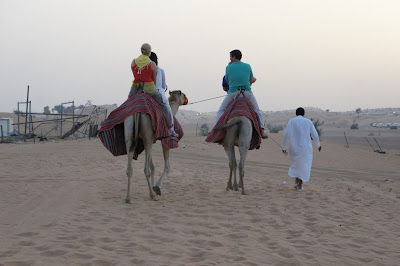 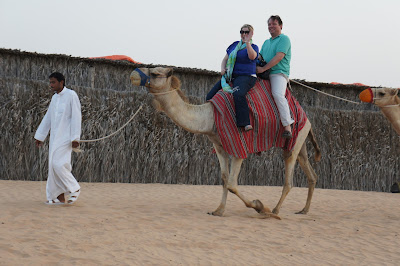 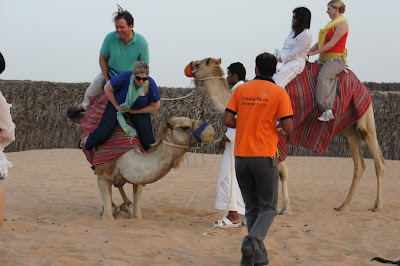 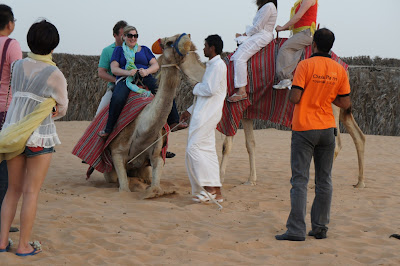 We held on and didn't fall off, but I cannot guarantee I dismounted with grace.

After our delicious dinner of grilled meats, couscous salads, and a variety of savory vegetables and freshly sliced fruits, we were treated to two performances, the first involving a whirling dervish.

This dance is a form of meditation that can be found in many Middle Eastern and Asian cultures. It is mesmerizing. Just a few minutes in to the dance, I thought the performer was going to draw me into his trance. 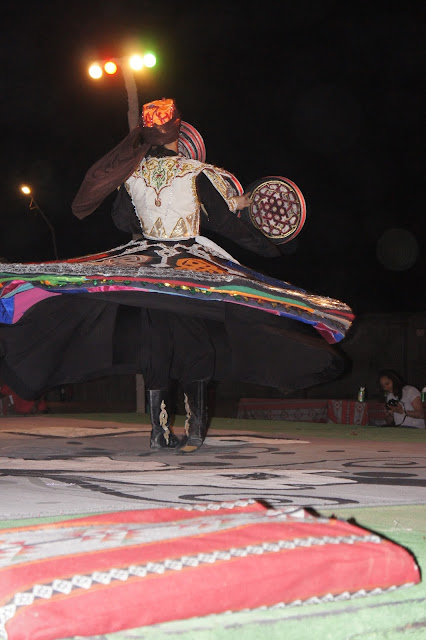 The dancer wore layers and layers of colorful skirts that would spin as he revolved around the dance platform. As he danced, the performer would peel off his skirts, layer by layer, and twirl them in the air above. 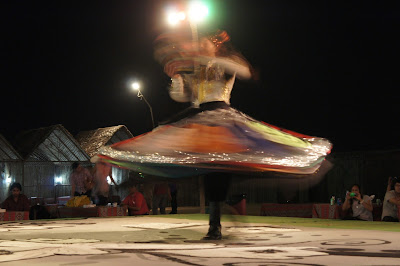 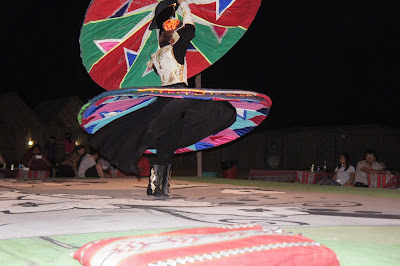 The performance led to an unexpected and very lively light show of sorts.

After the whirling dervish, the audience was treated to a performance by a traditional Arabian belly dancer. 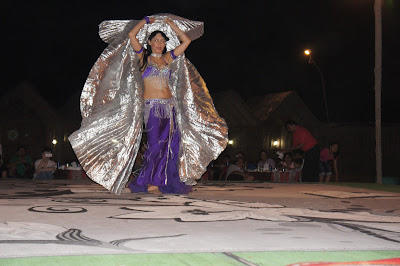 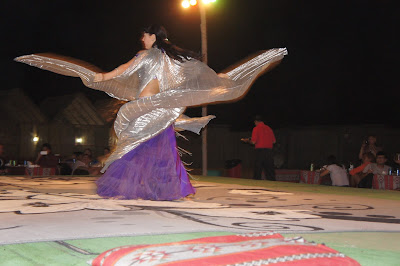 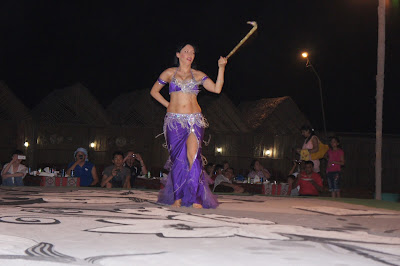 I could only hope to have a few of these moves.

There are several companies in Dubai that offer these desert safari and barbeque packages. We enjoyed the services of Desert Safari Dubai.

Wonderful article, Which you have shared here about the Evening Desert Safari. Your article is very interesting and I liked your way to share your experience in this post. Thank you for sharing this article here.

Its a great pleasure reading your post.Its full of information I am looking for and I love to post a comment. Explore the caves of the municipal city Faro with boat trips of watersportsvilamoura.com at affordable prices. Visit here Dolphin Boat Trips Faro

This is a great feature, so much so that you give it and give it away for nothing. Our article has generated a lot of positive interest.desert safari dubai deals

Excellent read, I just passed this on to a colleague who was doing some research about it. He has already bought me lunch because I found a smile on him so let me rephrase that.dubai dune buggy rental