Did you wake up alone this morning?

It's the day after Valentine's Day, and many of us are rising and shining, single and solo. We'll put on our pants, one leg at a time, and get ready for another day on the battlefield that is love.

Make sure you start with greatness when you put on those pants.

KnickersXY on Hyde Park Square has just the things you need to make sure a woman is as impressed with your undergarments as she is with what's in them. 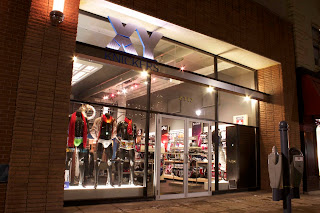 The glass-and-steel boutique carries several lines of sexy, high end underwear lines including Andrew Christian, Diesel and Papi. Some of the briefs on the racks are colorful and quite trim. Others are sporty and feature "architectural elements" that aim to lift and prop up your jewels for all to see.

Reps tell me KnickersXY will soon carry the highly sought after line, Aussiebum, known for its comfortable briefs made with long lasting, elastic waistbands (aside: as a woman, this was a new bit of information for me. I had no idea men had to deal with underwear with shot waistbands...) 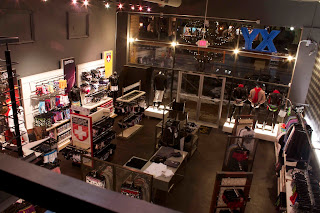 ﻿
KnickersXY, the sibling store to the women's lingerie store with a similar name on Hyde Park Square, also carries some sleepwear and swimwear. Think colorful, sleek and virile.

If you already have your fill of boxers and briefs, you'll want to swing through the store for a shave and a haircut (the price is a bit more than two bits). The Salzano Brothers Barbershop (named Best Shave in the City by Cincinnati Magazine) has taken up space in the center of the store, complete with hot towel service, skin treatments and other grooming offerings.

Before you leave, hit up The Vault, which keeps several lines of skincare products, including a couple that are made by hometown company Procter & Gamble.
﻿
﻿ 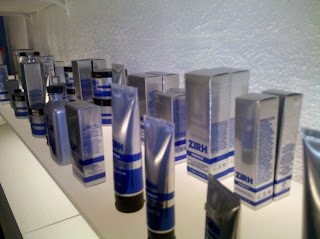 Getting married? You and your bros might want to head to KnickersXY for some grooming before the groom ties the knot. The boutique has a chic, second floor party space that's perfect for beer and unwinding with the Xbox before heading to the church on time. 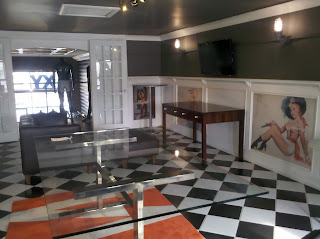 I must say, I learned so much about men's undergarments when visiting KnickersXY. The fact of the matter is, the burden of looking good in bed shouldn't rest on a woman. A man has an obligation to try and make an effort, too.

KnickersXY is a great place to start.

Getting rid of your Tighty Whiteys is Step #2.

Kate's Random Musings by Kate the Great is licensed under a Creative Commons Attribution-Noncommercial-No Derivative Works 3.0 United States License.
at 7:20:00 AM

You crack me up! Yes, a guy can have knicker issues too.