I've hired my own personal fashion designer.
It sounds so glamorous - very Old Hollywood. "Dahling, let me ring the designer and have her whip me up a gown for the party at the club."

The thing is, Over-the-Rhine is starting to turn into a solid destination for fashionistas.

Duru Armagan opened Sloane Boutique in the Gateway Quarter (the shop's name is a hat tip to the Sloane Rangers of London), and you can also find ready-to-wear fashions at Couture Couture on Main Street.

And I have to give a shout out to my favorite vintage hot spot, Mannequin (and if you go, tell Moe I sent you. Really.)

If you want something that's more custom in nature (and will fit you like a glove), I suggest you visit Lindsey Lusignolo, also on Main Street. 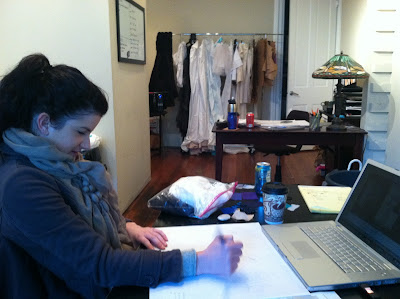 I had the pleasure of working with her in June when I needed a blouse made for the sari I picked up in India a month prior.

Rather than design a simple and traditional blouse, Lusignolo crafted an amazing, off-the-shoulder piece that highlighted fabric from my sari, all while creating a shape that was flattering for my curvy form.

I recently decided I'd employ Lusignolo's services for a grander project - a custom gown for the Junior League of Cincinnati's CinSation gala.

The theme is "Shaken, Not Stirred," and I decided I wanted a hot gown that would be like no other at the event. 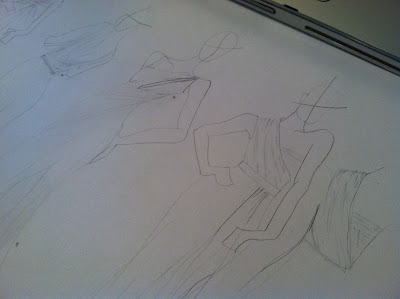 Working with Lusignolo is a multi-step process.

The designer first meets with the client to learn of her desired vision, preferred fabric, and view images of inspiration.

For my CinSation gown, I told my favorite designer I wanted it to be sexy, classic, and something that celebrated my body's curvy physique. 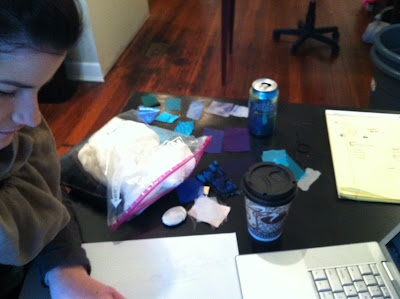 Lusignolo and I poured over the sketches above and I pinpointed a few features I'd like to carry over in my design. The next step involves meeting with her once again to see a muslin mock-up of the dress that emulates the pieces I want in my design.

I'll have one more opportunity to edit the lines, and then Lousignolo and her team will begin crafting my gown.

Will it be red? Gold? Black?

One thing I can tell you... it will be all Bond Girl.

Kate's Random Musings by Kate the Great is licensed under a Creative Commons Attribution-Noncommercial-No Derivative Works 3.0 United States License.
at 9:28:00 AM