"Guess what I had last night."

"Well, kind of both of those."

Metropole at the 21C Hotel is serving up a cocktail where two worlds collide:

Pig in the City 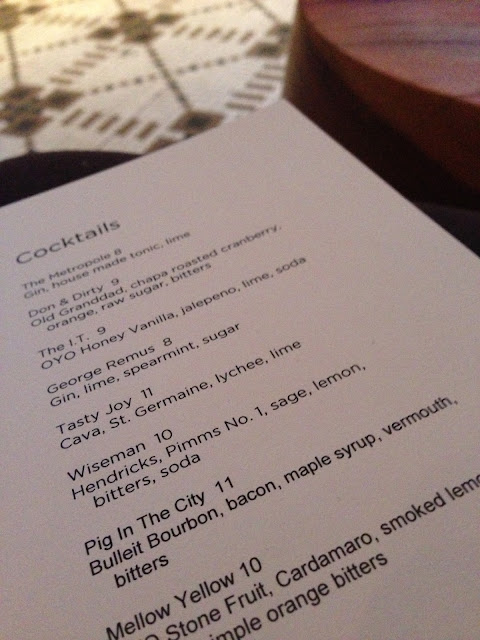 Metropole's bar manager says he infused Bulleit with bacon fat to give the beloved bourbon a smoky profile you'll notice at your first whiff. One of the tenders says he carried the first infused bottle into the bar like a baby.

No doubt it was precious cargo. 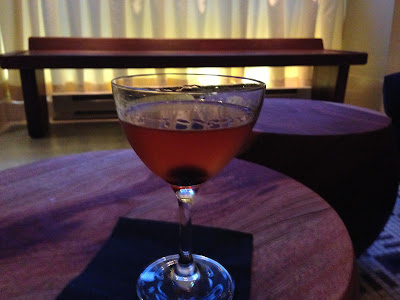 The cocktail is smoky and sweet all at once, punctuated with a bit of silky umami thanks to the rendered bacon fat. 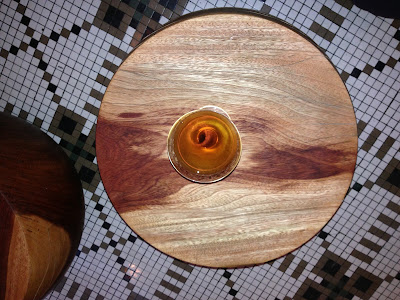 Metropole's bar doesn't open its door until 5:30 p.m. on weekdays, but you're able to grab a seat in the plush, well appointed lounge and a cocktail server will fetch you a drink if you're a wee bit early.

If bacon isn't your thing, I highly suggest the Don & Dirty, a festive take on an Old Fashioned.

Kate's Random Musings by Kate the Great is licensed under a Creative Commons Attribution-Noncommercial-No Derivative Works 3.0 United States License.
at 8:15:00 AM

Email ThisBlogThis!Share to TwitterShare to FacebookShare to Pinterest
Labels: 21 C Cincinnati, bacon, bourbon, cocktails, Metropole, out and about