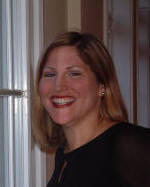 If my blog were a celebrity, right now it would be feeling very Molly Ringwald.

You know, her crazy ass pink phase with all the funky clothes, when she was feeling all dejected and gawky and insecure. The Molly we all have come to know and love.

But Kate, you ask. Why in the good Lord's name would your poor blog be a Molly Ringwald? Why not an Alyssa Milano or Darryl Hannah, or even a poor Kristy Swanson?

Honey, it's because I forgot my blog's own damn birthday.

My blog is apparently a year and two days old.

I guess I was so busy getting ready for my damn party that I didn't even give it a second thought. By the way, I cut into the cheesecake and it's quite fabulous and the crust isn't soggy at all. All that worrying for nothing.

Thanks to all of you who've logged in frequently to keep up on my crazy life.

I've had my lights cut off three times within the past year in times when I was ghetto broke.

-I've had all kinds of dating exploits:
-I've had one really lame boyfriend
-An awful date with a guy who I now run into all the time whenever I go out
-A strange affair with a secretly engaged man trolling bible studies for single chicks
-An even stranger encounter with a young, virile Republican who just couldn't stand being turned down
-An on-again-off-again romance with a Dick who says he's waiting to settle down before we get serious because I'm "The kind of girl a guy should marry."
One period of my life where I was dating two guys at once
And most recently, a guy who is missing out on the best thing around because he wants to be mysterious

I've posted all kinds of crazy pictures of myself, as well as several different, stunning rings I dream about.

I've talked about my diet dramas and my deep passion for food.

I left a terrible, horrible, no-good job for a new city and a new, great television station.

Through it all, thanks for hanging with me.

I second the belated Bday! I've been traveling, so I am doubly belated!