Someone, somewhere, is going to get a ring worth a second mortgage.

We spied it during a special cocktail hour kicking off the holiday season at the venerable Tiffany & Co.

(Ed. note: true connoisseurs of baubles wrapped in Pantone PMS 1837 blue know it's Tiffany singular - there's no possessive here. We do not say Tiffany's with an S, because that would be like saying we went to Wal Mart's with an S... which is something we never say, anyway... but you get the point).

Pictures of the ring in a moment, but first, we must set the scene - and that means cocktails - Tiffany Blue cocktails. The "Tiffanytini," as they were called, were delicious, and just the perfect shade of blue, thanks to vodka, pineapple juice, Blue Curacao, and a few other secret ingredients. 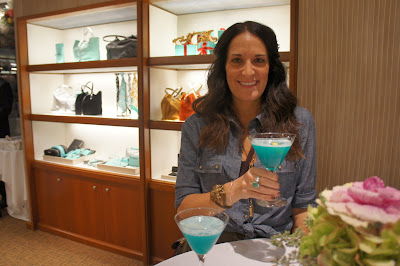 My dear friend Ms. M joined me on this excursion for drinks and diamonds. As it turns out, a cocktail and a nosh on a couple crabcake bites is just the stuff to get a girl to saunter toward the jewelry case.

We adored many things. My little girl self has always been in love with the Elsa Peretti open bottle pendant. We have a family friend who had big deal job at Kenner Toys. The toy designer would jet off to New York City all the time, where her daughter said she enjoyed fancy lunches with Estee Lauder and trips to Tiffany. 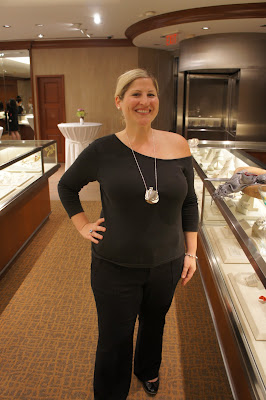 I was always enamored with the silver bottle she wore around her neck. Tiffany & Co. retired the design a while back, but recently brought it back to market.

If you want some sparkle without breaking the bank, might I suggest a new collection featuring locks. 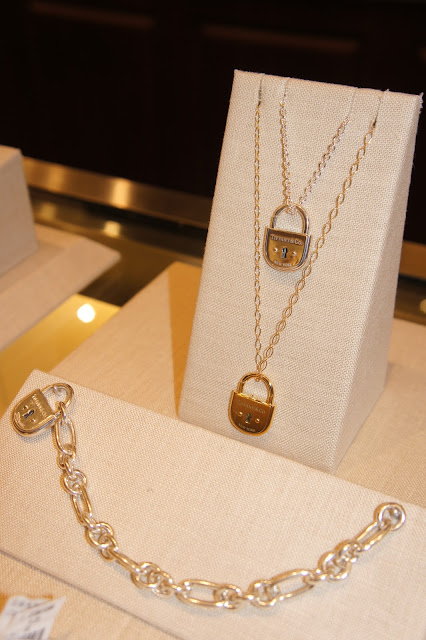 Tiffany introduced the Keys collection a couple years ago, and they were an instant smash. The new Locks line aims to capture some of that fervor, featuring a variety of charms, pendants, bracelets and other designs that bear a classic lock design.

What I didn't know is that the lock is a powerful symbol of lust.

Apparently "love locks" started popping up all over European bridges earlier this century. Ms. M told me she and her husband noticed a bridge covered in locks while in Paris last summer.

It's quite romantic when you think about it. Lovers meeting to leave a lasting symbol of their burning desire, each keeping a key that unlocks that steely symbol of passion.

Until I make a trek to Paris with a man I love, I would happily settle on one of the above designs. The necklaces run $250-450; I'm eying the bracelet as a future reward ($500).

And then  we went to go see The Ring.

I've always heard it's bad luck to try on another woman's engagement ring, but I suppose unclaimed diamonds are fair game, especially when you're browsing at Tiffany. 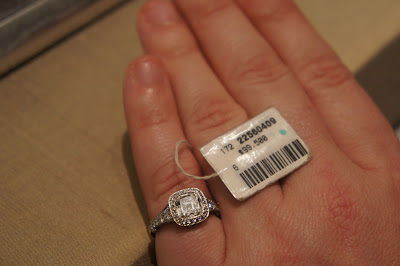 Kasmira told me Tiffany & Co. operated on an exchange policy, meaning I could exchange one of my rings from India (lovely gems, but really, they don't even begin to compare to Tiffany) for one of the big diamonds. 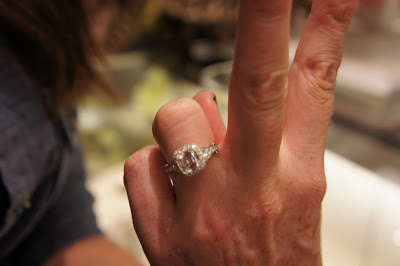 Ms. M and I both thought about living out our own Thelma-and-Louise diamond heist moment in Downtown Cincinnati, but she astutely remarked, "But, we won't get our parking validated."

If you don't have time to make it to Vine and 5th streets, you can drool over Tiffany's engagement rings here (note: in that case, Tiffany's is possessive, and the "S" is appropriate).

I also scoped out a beautiful strand of pearls, in anticipation of a big purchase I plan to make this coming year. I've decided I want some pearls for my 35th birthday, and while Tiffany pearls are lovely ($5000), I will probably keep searching until I find something that's just right.

That's probably a good way to operate for most lifetime commitments. 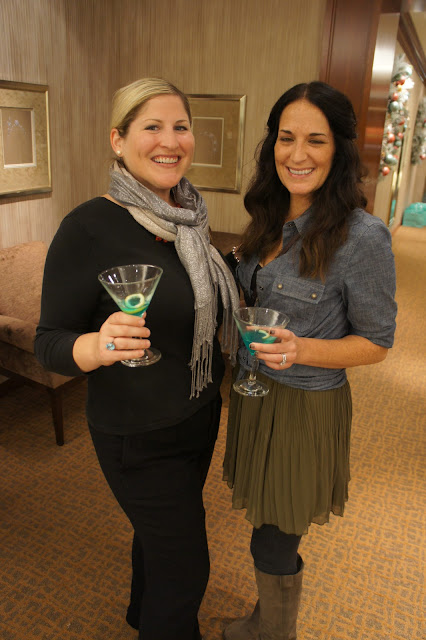 Santa, we've been very good girls this year. Please don't forget to leave some Tiffany Blue under the tree.

We promise we deserve it.

Kate's Random Musings by Kate the Great is licensed under a Creative Commons Attribution-Noncommercial-No Derivative Works 3.0 United States License.
at 7:47:00 AM