I stumbled across the pomp and circumstance last Friday as I walked along 57th Street, approaching Carnegie Hall.

I couldn't figure out why the Boys in Blue had stopped traffic for an assembly of bikers on Harleys.

And then I saw their leathers.

Tricked out with patriotic patches of the Stars and Stripes. American flag-themed bandannas.

Veterans Day in New York feels a little bit different because it doesn't just honor the servicemen and women who have fought for our country.

It honors those who were lost, and those who served in those horrific moments our country fought for itself on our own soil. 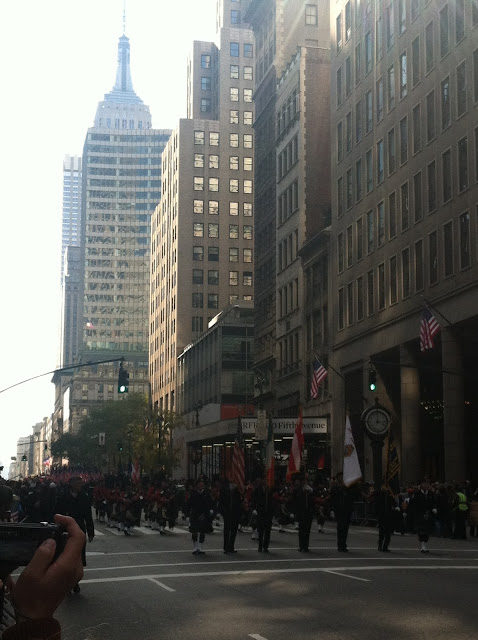 Before the parade started, the crowd walked down Fifth Avenue, which was shut down to passing traffic.

It was a little surreal to see one of the major thoroughfares of Gotham shut down to all vehicles. Couples stood in the middle of the road and posed for photos, trying to capture the moment's strange stillness.