When Does The Fairytale Begin? 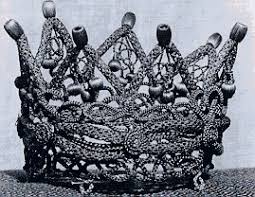 Happily Ever After has to start somewhere.

Prince Charming and his wonderful bride don't just grow up married to each other. It has to start with a courtship. A little bit of romance. You know, a great story to tell the kids someday.

But even before all that, you've got to get to the First Date (cue blood curdling scream here). With every First Date, I wonder if my prospective suitor is the one I'll end up marrying. I don't wanna sound psycho, but it, without a doubt, is a thought I've mulled over before we even reach the dinner table.

Is this one going to be the yin to my yang? The one who "gets my motor running?" The one who will someday be the daddy of my kids? Is he going to leave me with the kids someday, stuck in squalor and chaos, for a day at the NASCAR track with the guys? (please God, no.)

Is he going to leave me with the kids period?

All these little pipe dreams (or nightmares) race through my brain before we've even said hello. While curling my hair, I think about the possibilities of his proposal. Will it be special? Will he put thought into it? (He better.) Then... as the lipstick rounds my pout, I consider whether he'll be kind and compassionate. I wonder if he'll like movies as much as I do. My perfume just barely kisses my skin while I consider the passion of our own kisses.

And who said primping wasn't dangerous?

The latest, unsuspecting victim of my overactive imagination is a guy I met on match.com. Our story is already getting off to a storybook start:
Guy sees girl on website.
Guy starts e-mailing girl, and she replies. The banter ensues.
Guy stops e-mailing and she forgets about him.
Guy emails two months later asking "Where'd you go?"
Girl shows mercy by replying again.
Guy says he knew she looked familiar... and then emails her at her work account... explaining they had met in a bar three years ago... and he kept her card... all this time.

Yep. That last part was the kicker for me. I mean, who hangs on to a girl's card for three years, especially when the guy never called her in the first place?

I don't know what to make of it, but if things work out... it could be a real cute story to share with the grandkids, and I guess that would make us Happily Ever After.

I commented on this post in a BIG way over on my site. I just couldn't resist. It was sort of eerie reading this...I could hear the theme from The Twilight Zone in my head...

Oh sure...rub in that there are tons of hot guys waiting to go out with you.