There's a comedian out there that has a schtick called "Here's Your Sign." Basically he says stupid people should come with some kind of visible alert. I think that's a really great idea, only I'd like to expand that idea to everyone... with all of us featuring some kind of wearable warning.

Mine would say "Look, But Don't Touch."

I'm used to guys looking. You can't help but notice them staring while you writing the check for your oil change... and the clerk is telling your breasts they owe "$16.95 ma'am, and do you need any windshield wipers with that?"

Looking I'm used to. The touching...

You only look in the stores... unless you're really ready to buy that 75 dollar sugar bowl.

Those salespeople won't even let you breathe the same air surrounding those carats unless you're gonna fork over the cash.

The same applies to fine women. You don't get to just manhandle a woman (lady or otherwise) unless you're willing to make her yours.

Apparently the men in Vegas are not familiar with this concept. Now I'll admit, these guys aren't all natives of the desert town (in fact I didn't meet one "townie" on my whole trip), but for some reason every touchy-feely, wandering-hand kind of guy makes it to Sin City like it's a pilgrimage to Mecca.

The desperation bleeds out of them as soon as they open their mouths.
"Hey lady, why are you walking alone? You look too good to be by yourself."
"Where are you staying? You wanna go get a room somewhere else?"
"Can I come back with you? No? Can you come back with me?"

That last quote is exactly what this guy said to me when we both walked out of a dance club.

His name was Dave and we had previously crossed paths quite literally while walking on The Strip (see Sin City Chapter 1). Dave and I caught up later at a really cool club and spend the rest of the night dancing.

Dancing is a pretty benign activity. I've danced with boys in school performances, I've danced with male friends at parties, and I've danced with my dad at my sister's wedding. Dancing is not a free pass to check out the color of my thong. Dave and I danced quite nicely while at the club (Techno is not bump and grind booty dancing music, in my book) until his brain waves lost complete control of the movement of his hands. Apparently his 10 digits were beyond his realm of power... moving instead to the top, bottom and sides of my gluteus maxiumus. 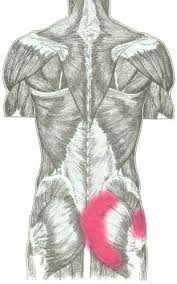 (If his indirect contact with my posterior was some covert ploy to hide the fact he wanted to grab my ass, it wasn't working).

I did that slick move girls come out of the womb instinctively knowing, the "I'm gonna move your hand from where ever it is and not really make a big deal about it's previous location", gently replacing his palm on my... hips... far safer territory.

The guy didn't get the clue... and decided to creep up towards the front of my body... which is a complete no-no in my book. That zone warrants some kind of verbal clearance before you make a sudden landing.

Nope. He asked if I wanted to get out of there and go someplace else with him.

We danced a little more and he decided to take advantage of one of those arctic blasts (the one I mentioned earlier, where dancers are unable to see their hands in front of their face) to shove his tongue down my throat. Over and over. It wasn't like french kissing was a novelty he was revisiting... it was like this move was the only one he knew... where kissing was concerned.

Ewww. I thought guys stopped kissing like that in 10th grade. This dude was like 36 years old. I was totally turned off.

There I was... a captive, stranded audience in a the frozen white blast of dry ice with no visible escape... only his fat tongue lying dormant inside my suddenly helpless mouth.

Fast forward to our parting. We walked out of ICE and Dave was pushing for us to go someplace together... my place, his place, he didn't care which place... he just wanted to get some.

I replied that I was going to ride in my own cab, and he in his, and if he was really interested in seeing me again he had my phone number. We could rendezvous the next day somewhere but I was going home because "I'm a straight edge kind of girl."

Whatever. The only straight edge on that guy was about 5 inches long and it was a few inches more below his waist.

Poor Dave. So transparent. If only I had been wearing my sign... he would have known better and probably have moved on to an easier mark. Which brings me to a perfect opportunity to plug my next entry:

It's not what you think!