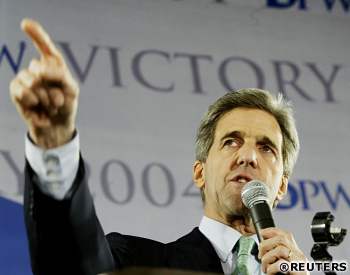 There's still hope (if only hope.)

This is a colossal waste of time. The recount ended up costing me and my fellow OH taxpayers $1.5 million for what - a pick up of 300 votes for Kerry (from the initial deficit of 119,000). Then the Green and Libertarian parties wanted another recount. And now this. Move on, people. Bush won. There's more important things for Congress to do - like confirm nominees.

President Bush won fairly and squarely by a margin of some four million votes, the last I heard. Get used to the fact that your boy lost, and he lost big, Democrats.